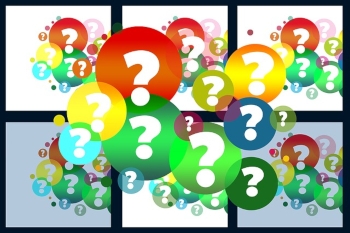 A team of researchers at Duke University in North Carolina are working to develop an app that will be able to do real-time fact-checks on phones, TV screens or tablets by the time of the next US Presidential election in 2020.

The app will match spoken claims against previous fact-check articles that have been published, according to Bill Adair, a professor of the practice of journalism and public policy and director of the Sanford School's DeWitt Wallace Centre for Media and Democracy, who co-leads the Bass Connections project that is developing the app.

“Right now there’s a lot of good political fact-checking, but people have to go find it. They have to hear the claim, then look up the claim. What we’re trying to do is automate it so that the moment the claim is made by a politician, the fact check automatically pops up on their phone, TV screen or tablet," he added.

The team is aiming to develop a proof-of-concept version by the northern spring this year and refine it so that it can be put to use by the time of the presidential campaign in 2020.

Both Adair and his co-project leader Jun Yang, a professor of computer science, admitted that their ambitions were more easily said than achieved.

Said Yang: "The accuracy bar is very high. Pop-up fact-checking can give a true-or-false verdict, but if our matching algorithm makes any mistakes people are not going to be very happy about it.”

It is unclear, however, if any commercial TV channels would be willing to use such an app, given that it can cause them more than a small degree of embarrassment.

More in this category: « Most Facebook users unaware site keeps list of their interests Alipay, Tourism Australia team up to promote Sydney »
BACK TO HOME PAGE
back to top