Integrating applications with a low-code platform for successful modernisation 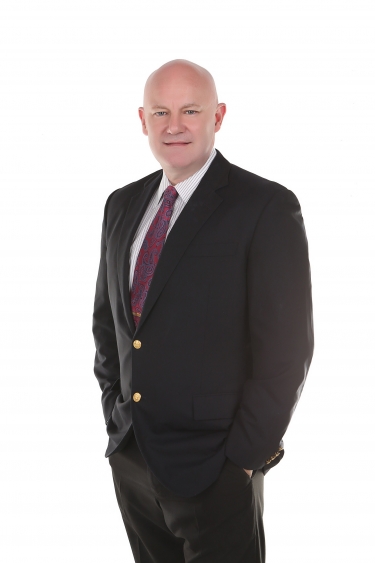 GUEST CONTRIBUTION* by Mark Weaser VP APAC, OutSystems: Modernisation is dependent on reducing complexity and successful consolidation. Many organisations rely on legacy apps which, in some cases, have been a staple of their business processes for years and sometimes decades. These legacy apps are often linked to other older systems, programs, hardware, and infrastructure, as well. Moving entire systems and libraries from one platform to another can result in data loss, system downtime, capital expenditure and many hours of manual labour.

In today’s hyper-competitive business world, a fast and agile solution that adds and improves services and allows transformation to take place without business disruption gives that company a big competitive advantage. Agility is also critical to staying compliant, and reacting to the shifting sands of modern industry. Looking, for example, at Australia’s banking and finance industry, the post-Royal Commission world requires companies to be much more agile, and respond to changing regulations. Financial institutions may, in some cases, hold data across a host of legacy systems, and now need to be accountable for that data at all times. It may need to be produced upon demand, and organisations face stiff penalties for non-compliance.

There are solutions to these challenges that eliminate the need to migrate a whole range of systems and data. Modernisation by consolidating existing systems and updating certain business functions can work just as well, and leave the organisation in a much better position without the risk and investment in time. Digital transformation should be driven by business needs with the overriding goal of streamlining systems and processes. Low-code platforms can be used to deliver the integration that can bridge the gap between systems and help with the transformation process, driving better business outcomes without a great investment in time and new technology.

Further to this, is the integration of a new line-of-business application with existing systems so it can function to its full potential. This is often part of the process iof moving certain business functions to an automated system, especially in departments that are reliant on forms and digital paperwork, such as accounts payable, human resources and other back-office roles.

Big enterprise applications such as Customer Relationship Management (CRM) and Enterprise Resource Planning (ERP) generally have a lot of business functions that run through them constantly and are relied upon for many more flow-on business functions such as data analysis, marketing and financial reporting. These days, a modern enterprise often relies on cloud-based platforms and storage, and in many cases employees will need to access applications from a remote location or on a mobile device. This requires integration between the enterprise-level applications and the systems that are in use, in order for employees to capitalise on these critical business resources.

Using a low-code software platform provides a simple path towards digital modernisation, but it does so in a way that allows the organisation to keep using familiar systems, therefore significantly reducing disruption. To use a well-known adage, it essentially allows a company to change planes mid-flight, without stopping the engines and bringing the machine to a standstill.

Integrating legacy apps has generally been considered a hard task, but it is one that will optimise data and workflows, leaving an organisation better equipped to take advantage of their resources and thus become more productive. Integrating rather than replacing applications means that the company can keep using familiar systems, complete with their data ingestion points, but put them together in ways that make more sense – in essence, make the same resources work harder for the company.

Low-code platforms also allow the organisation to reduce technical debt. Rather than development workarounds and short-term solutions, a properly planned and realised low-code application can realign business functions and make systemic improvements long-term, without the costs and time associated with a major development.

In addition to saving capital expenditure by eliminating the licensing of new software, having the capability to integrate applications internally also saves the company money and resources. Whereas it once took fully-trained teams of developers to alter applications and bridge gaps between one system and the next, it can now be done relatively quickly and easily by in-house teams using low-code platforms. For anything other than the largest of organisations, previously, the solution was to outsource development to a third party, tacitly allowing access to in-house systems, as well as requiring resources to brief the consultants, keep in constant contact, and oversee the project.

Developing integrations in-house saves those internal project-management resources and reduces third-party payments. It also enables proprietary code and sensitive or confidential data to remain in-house. Designing and building applications and integrating systems in-house also has the very positive benefit of increasing stakeholder engagement. An organisation’s most valuable asset lies with the staff that access and use systems every day, and their input is critical to gaining an optimal system. In many cases, employee knowledge cannot be replicated or analysed using digital methodology– Instead, their hands-on experience is best served by involving them in the design and build process, and keeping them engaged throughout the project.

Integrating applications is part of the digital optimisation process, and leveraging all resources to their maximum potential can be achieved by consolidating systems. An in-house build, created with a low-code platform, can reuse and improve existing systems while saving capital, ultimately providing a top-level solution in a fraction of the time it might take to build and deploy an entirely new system.

*This promotional news and content was provided by OutSystems, the number one low-code platform for rapid application development. Engineers with an obsessive attention to detail crafted every aspect of the OutSystems platform to help organisations build enterprise-grade apps and transform their business faster. OutSystems is the only solution that combines the power of low-code development with advanced mobile capabilities, enabling visual development of entire applications that easily integrate with existing systems.