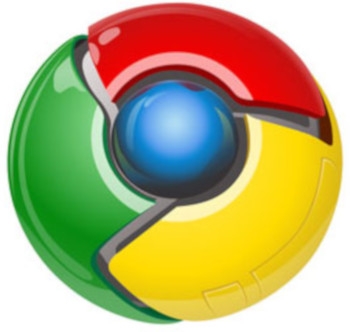 Google has temporarily reversed its decision to strip out the "www" and "m." in domains in version 69 of its Chrome browser, after the change attracted an enormous amount of criticism.

But the company said the next version of Chrome would strip out the "www" suffix.

In a post to one of the Chromium mailing lists, Google Chromium product manager Emily Schechter wrote: "In Chrome M69, we rolled out a change to hide special-case subdomains 'www' and 'm' in the Chrome omnibox. After receiving community feedback about these changes, we have decided to roll back these changes in M69 on Chrome for Desktop and Android."

As iTWire  reported, the criticism of the change came a few days after Chrome's engineering manager Adrienne Porter Felt told the American website Wired that URLs needed to be got rid of altogether.

The change in Chrome version 69 meant that if one types in a domain such as www.itwire.com into the browser search bar, the www portion would stripped out in the address bar when the page is displayed.

When asked about this change in a long discussion thread on a mailing list, a Google staffer wrote: "www is now considered a 'trivial' subdomain, and hiding trivial subdomains can be disabled in flags (will also disable hiding the URL scheme): chrome://flags/#omnibox-ui-hide-steady-state-url-scheme-and-subdomains."

Schechter wrote: "In M70, we plan to re-ship an adjusted version: we will elide 'www' but not 'm.' We are not going to elide 'm' in M70 because we found large sites that have a user-controlled “m” subdomain. There is more community consensus that sites should not allow the “www” subdomain to be user controlled.

"We plan to initiate a public standardisation discussion with the appropriate standards bodies to explicitly reserve 'www' or 'm' as special case subdomains under-the-hood.

"We do not plan to standardise how browsers should treat these special cases in their UI. We plan to revisit the 'm' subdomain at a later date, after having an opportunity to discuss further with the community.

"Please leave feedback, or let us know about sites that have user-controlled subdomains at 'www' or 'm' in this bug."

However, this explanation did not sit well with developers either.

Responded one: "Please do not elide any components of URLs because all parts of a URL are user-controlled. Information hiding discourages literacy."

A second wrote: "Standardisation discussions aside, no changes to the look and function of sub-domains should happen, unless this is an opt-in setting. SaaS, ESP and ISP providers take great care to manage their domains and use 301 redirects to bring users to the right location. A browser should not determine this function unless it is completely a user choice.

"Perhaps Google/Chromium would like to respond as to the exact end game and reason for such a change. Dictating a change which is controlled through DNS, but shows up differently on a browser is just plain confusing and wrong. I don't agree with what Safari and Windows have done either."

And a third called for an easy way to change the setting, writing: "If you are going to push through with this 'feature', regardless of how much the 'community' resists, please make sure that a Policy exists to easily disable this 'feature' enterprise-wide, instead of just a feature Flag."

More in this category: « Google slammed for Chrome change that strips out 'www' from domains Firefox collects data on you through hidden add-ons »
BACK TO HOME PAGE
back to top