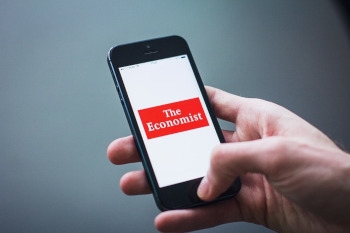 Media outlets which throw their lot in with Apple's mobile news app will see plenty of traffic but little in terms of revenue as a result, a report claims.

The American website Slate  said the app, launched three years ago, and several news outlets had indicated that their audiences had multiplied in 2018 alone.

The website said its own traffic figures had roughly tripled since September 2017 and the Apple app had recently gone well past Facebook as a driver of readership.

But the report said, while Facebook sent "hordes of readers" from its news feed to the websites of the publishers, Apple kept them mostly within its app.

While Apple allowed publishers to sell ads within their stories on the news app, and had struck a deal with NBCUniversal to backfill ads that the publishers did not fill, the website said several publishers had indicated that there was little or no income from Apple News.

A report earlier this month said Apple was looking at increasing its move into news by starting its own news service, using as the base a magazine app known as Texture which the company purchased in March.

It said Apple executives had approaching the big three mainstream American newspapers — The New York Times, The Wall Street Journal and the Washington Post — about joining up.

The Slate report quoted publishers as saying that the deal with NBCUniversal was not exactly a great earner, Additionally, Apple did not support many of the common ad systems, which meant that publishers had to develop ads specifically for Apple's system. This contrasted with Google's Accelerated Mobile Pages where common ad formats could be used.

The report said that Slate would make more money from a single article that got 50,000 page views on its own site, than from the six million page impressions it received on average on Apple News in a month.