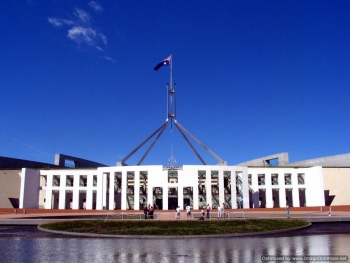 Australian small- and medium-sized businesses have called for government to introduce more small business-friendly policies, including the reduction of red tape, simplification of reporting processes and further business tax cuts.

The call by the SME sector comes from businesses canvassed by the latest MYOB Business Monitor which revealed that despite concerns over red tape and other processes, there’s an increase in support of six per cent for both the federal government (to 26%) and its state counterparts (to an average of 27% ).

And the NSW Government was the best performer, with 33% of SMEs saying they were satisfied with it in the last six months.

But despite SME’s rising satisfaction with governments at all levels, the survey of more than 1000 Australian SME owners and managers revealed that the majority of SMEs — 64% —  are still asking the government to reduce the company tax rate, simplify the GST reporting process and keep the instant tax write-off.

“SMEs have consistently called for the government’s $20,000 instant asset tax write off to be made permanent, and support for this measure continues to grow in our latest survey. As such a vital contributor to our economy, it’s important that the government listens to the concerns of small businesses owners and provides policies which enable them to be successful,” says MYOB chief executive Tim Reed.

The findings also revealed payroll compliance is the number one pain point for SMEs (31%), a rise from 21% since 2015.

According to Reed, the results show that while the government has taken positive steps to reduce red tape for the small business sector, there are still a number of compliance issues making life difficult for SMEs.

“SME business owners want to do the right thing by their employees by following tax and payroll regulations correctly, but complicated tax procedures make this complex and time intensive. SMEs tell us that hiring new staff can require a huge investment of time and resources, which could be better spent on other elements of managing their business,” Reed says.

“The government needs to consider measures that can make compliance processes more automated, less time intensive and a lot simpler. We’re delighted with the new simplified BAS process that was introduced in this year’s budget – hopefully as it is adopted by more small businesses we’ll see these figures improve.  We encourage the government to implement more policies that simplify compliance processes as they can really help set SMEs up for success in the long term.”

Reed says MYOB also calls on the Opposition to support the change in the threshold of a small business from $2 million to $10 million, noting that “rolling this change back will be extremely detrimental to a large number of businesses”.

The MYOB index also shows that vote-changing policies for SMEs included the removal of the threshold at which GST was collected on goods purchased abroad stood out as a key concern for 24% of SMEs, and the introduction of paid parental leave levy for all businesses with a revenue over $5 million (23%).

Reed says generation Y respondents led the endorsement of a PPL scheme, with 45% of younger SME owners indicating they would vote for a party that introduced a paid parental leave levy for businesses over $5 million in revenue.

“This finding highlights the importance of a work-life balance for younger business owners. As younger generations come into the workforce and begin to start businesses, this trend is likely to increase,” Reed notes.

In one finding, the MYOB Business Monitor found that around one-third of business owners felt a “guaranteed income” from the government would have assisted them when they started their business.

And almost a third of business owners (30%) said it would also have helped them to start their business earlier, while 26% claimed a guaranteed income would have encouraged them to innovate and take greater risk in business.

“What we’re hearing is that it’s crucial for owners to feel supported in the early stages of their business. While one naturally looks for extra investment in this area, a lot of conversations have told us that it is not just hard dollar investment, but a feeling of a government that understands the challenge of starting and growing a business, and appreciates the critical role small business plays in our community. The government needs to look at additional actions it can take in this area to ensure SMEs in the early stages of development have the best chance of success,” Reed said.

"Technology strategic planners must build both relevant offerings and partner-based ecosystems to seize the opportunity."

More in this category: « Top five ways to ‘get paid on time’ to keep small biz afloat Intuit Australia wants to help foster prospering franchises »
back to top