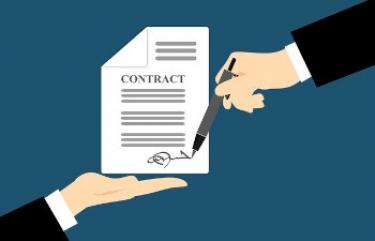 The announcement was made at the same time as Reckon released its half-year earnings, reporting a 2% rise in revenue despite the uncertain trading conditions.

The company said it was taking a 70% stake in Zebraworks as its legal division merged with the start-up on 1 August to form Nqueue Zebraworks.

“Zebraworks’ proven team will help Reckon execute on our considered future strategy for the Legal Group, which is to harness our significant tech expertise to grow our footprint in the legal practice management industry, both in the US and globally. We are excited to execute on the potential for Nqueue Zebraworks in what is a substantial global market,” he said.

The company said its focus on cloud and mobile had resulted in the launch of two new products, providing long-term sustainable revenue opportunities. The Business Group launched a new paid payroll app for mobile in May 2020 which already had more than 2000 users, with more mobile apps planned for launch throughout the second half of the year.

The paid payroll app’s strong launch came off the back of a free payroll app introduced in May 2019 which had seen 35,000 users processing more than 520,000 pay runs since going live.

For the Accountants Group, Reckon said the release of a major Cloud Workflow module, with further modules to follow over the coming year, was expected to widen the addressable market for the division and power future growth opportunities – particularly with evolving workstyles accelerating the adoption of cloud-based digital collaboration tools for remote workers.

Allert said the first half of 2020 saw Reckon prove the resilience and efficiency of its team, business infrastructure and business interruption processes.

“We have experienced an eventful six months and are seeing the fruits of a clear, multi-year strategy – one which has shaped a business with the resilience, agility and expertise to weather storms while continuing to reliably deliver growth and profitability for shareholders," he said.

"The next six months and beyond will be a critical time as the world grapples with continued economic uncertainty, but we’ve shown that our solid fundamentals, coupled with our vision, can and does continue to deliver through tough times.”

In 2017, accounting software firm MYOB attempted to buy Reckon, but then abandoned those plans citing concerns over uncertainty in its business from further potential delays in the regulatory process to approve the proposed deal.

BACK TO HOME PAGE
Published in Accounting Software
Tagged under