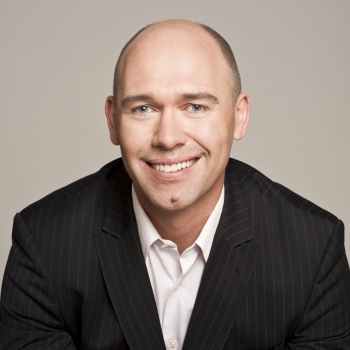 In a marked heating up of the battle currently being waged between small business accounting software providers MYOB and Xero, MYOB chief Tim Reed has questioned Xero’s latest numbers and planted a stake in the ground when it comes to any claim by his Kiwi upstart rival to market leadership.

New Zealand-based Xero is pulling out all stops to build its Australian business and challenge the market dominance of the 800 pound gorilla MYOB.

But according to MYOB boss Reed, Xero’s claimed numbers do not say anything about the type of customers the company has compared to the MYOB customer base, with a significant portion simply being non-paying customers of accountants using Xero.

Xero’s announcement today that it has doubled its Australian customer numbers over the past 12 months, with 158,000 Aussie customers (up from 79,000 one year ago) now using its online accounting platform, appears to show that it may be starting to make some inroads into the MYOB marketshare.

Xero says today its total customer numbers for the combined Australia and New Zealand market have now topped 277,000 and that a recent survey of its new customers who had joined the software since September 2013 found 67% of those who responded had switched from a “rival accounting software provider”.

Of course, that rival software provider is MYOB which just last month said it had “surpassed a record client milestone” of 100,000 online subscribers, and “further cementing its leadership in cloud accounting”.

Commenting on Xero’s numbers, Tim Reed says “It’s important to differentiate between Xero’s clients that are on simple ledgers through accountants (practice ledgers) and those that are similar offerings to our do-it-yourself cloud solutions (business ledgers)”.

“In a research paper published in July 2014, Macquarie estimates that 50-60% of Xero’s reported ledgers are business ledgers, comparable to the MYOB DIY products. Even using the higher end of this range, this suggests Xero have approx 88,000 business ledgers in Australia (147k x 60%).

“Our growth since end June has been significant and on 21st August we had over 88,000 online paying users in Australia.  We are confident that we are leading in this space.”

According to Xero today, its subscription revenue in Australia has grown 115% to NZ$23.9 million for the six months to 30 September this year, compared to NZ$11.1 million for the equivalent period last year.

“Our lack of legacy and ability to attract quality talent has allowed us to emerge as the clear leader of online small business accounting in Australia.

“Australia is Xero's largest market and we will continue to invest heavily to improve the lives of our customers.”

On Xero’s customer numbers, Ridd says they have grown by 76% to 371,000 customers, as the company passed US$100 million in annualised committed monthly revenue.

Ridd also says Xero has grown to 1,000 employees globally, including 167 Australian-based staff based in Australia, and there are plans afoot to increase Australian staff numbers further in 2015.

Xero’s release today of its latest performance figures coincides with the announcement, as reported by iTWire, that Andy Lark, internationally recognised marketer and online leader, has been appointed to the role of Chief Marketing Officer of the Xero Group. Lark’s industry experience includes senior roles at Commonwealth Bank and Dell.

BACK TO HOME PAGE
Published in Accounting Software
Tagged under

More in this category: « Temperatures rise in the heat of battle between MYOB and Xero It’s a good old fashioned spruik & $25,000 up for grabs »
BACK TO HOME PAGE
back to top