Accounting software provider Jazoodle has been busy, with lots of exciting enhancements promised in an email update to its customers, from simplified pricing, to pending MYOB and Quickbooks compatibility.

Want an easy way to predict the future of your company, across a range of metrics? Jazoodle lets you do just that in a new way accessible to any business owner, but also accountants and financial advisers.

I first wrote about Jazoodle in late December 2017 in an article entitled: "VIDEO Interview: Jazoodle CEO on how to make better business choices", and then followed that up after CeBIT Australia 2018 in an article entitled "VIDEO: An update on upgrading your business nous and noodle by using Jazoodle", which also featured another interview with Jazoodle chief executive and founder, Andrew Paton-Smith.

Paton-Smith wrote an email to his customer base today, noting that he and his team are "constantly striving to improve Jazoodle and bring great new features to you. And we're delighted to announce that we've just released some new functionality which we think you'll love".

But first, he advised that "this weekend and next weekend, (8th and 15th September) we will be taking Jazoodle offline to complete some updates to the system. The first of these will be to enact some pricing model changes in response to market feedback. Details are below".

Duration: Two hours each on September 8 and 15.

In the first and second weeks, the timeframes for the offline changes are the same, with Sydney being at 6pm, Auckland at 8pm, London at 9am and New York at 4am.

The reason for the update on 8 September is to enable the "pricing model changes", while the 15 September update will apply "monthly patches".

Here is the screenshot of the pending simplified A$ pricing designed for Australian businesses: 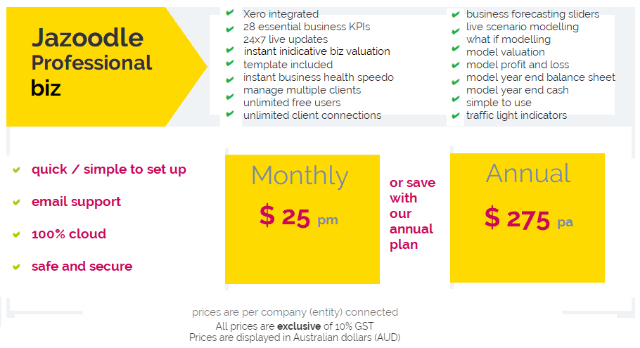 "We've taken a good look at our pricing structure and are about to make some welcome changes for you, including simplifying our model and reducing our plans. The maintenance window this weekend will allow us to enact a far more simple pricing model, which will mean:

"Jazoodle Professional Biz is now just $25 per month per client

"For existing clients, we're not going to ignore you either! We will work with you in migrating your existing plan to the new structure over the coming months. It's the least we can do to say thank you for supporting us."

Migration to the Amazon cloud

Paton-Smith then reported that "We're delighted to announce that Jazoodle was successfully migrated to the Amazon Web Services Cloud infrastructure on 1st August.

"AWS will bring us additional scale as we grow as a company and allow us to add greater redundancy as well as have multiple servers in multiple world zones.

"This was a massive undertaking which went like a dream. We have since migrated our QA servers into AWS. AWS has also increased even further the levels of security we have with our systems.

"This means for instance, that none of our application servers are directly internet facing, there are at least two layers of security between the Internet and Jazoodle.

"On top of this, none of the information in Jazoodle is in clear text, as well as only allowing secure SSL traffic to our systems, we encrypt all data on its creation in our systems."

"We've been wanting to get our enhanced data visuals into Jazoodle for ages, and we're happy to announce, we have!

"We have remodelled the 'model it' module so as to bring you increased graphics and data visualisation. We have split the Model It page into 3: 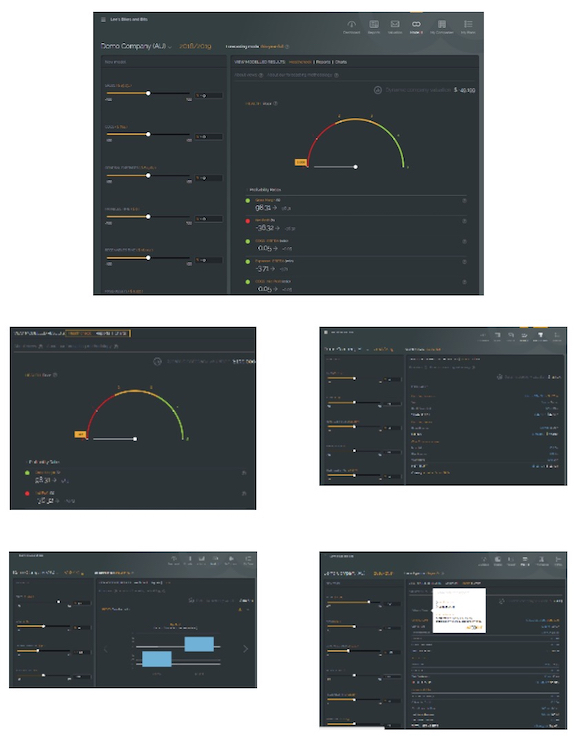 The ability to compare two years of data within the reports (Financial Statements) area has now been released into Live and you can choose additional years for comparison, and these need not be consecutive years.

Here, Paton-Smith said: "We are currently in the final stages of development of the Quickbooks and MYOB Interfaces. We expect release Q4 2018, and are very excited with the inclusion of both Quickbooks as well as MYOB. This means we now cover around 95% of the New Zealand and Australian, 85% of the US and 50% of the UK small business markets."

What else would you like to see in the future?

Paton-Smith concluded that "at Jazoodle we're always looking for new ways to help our customers. That's why we're keen to find out if you have any ideas that you'd like to see implemented in the future", so if you have ideas you'd like to see implemented, Paton-Smith invites you to email the company via future [at] jazoodle dot com, with the company's support site here, too.

You can visit Jazoodle here to learn more and to sign up for a free trial.

More in this category: « Small businesses struggle to overcome funding barriers: claim Reckon, Zapier team up on SME productivity solution »
back to top