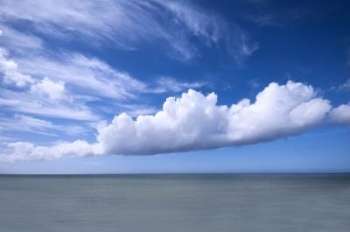 Image courtesy of Dan at FreeDigitalPhotos.net

Accounting software company Reckon Group has achieved revenue of $75.4 million for the year to the end of December 2018 on the back of an 8% increase in cloud revenue, which now represents 45% of the company’s Business Group division available revenue.

Reckon also reports that its Accountants Group has remained healthy amid disruption and a period of uncertainty surrounding the MYOB deal – but subscription revenue is 98% of available software revenue, and the division continues to perform, with costs carefully managed during the sale process, allowing the practice management division to achieve marginal EBITDA growth despite a revenue reduction.

“2018 was no doubt a disruptive and transformative year for Reckon. From a sale that dropped after months in limbo, to a board restructure that now underpins our future growth strategy, and increasing compliance changes such as Single Touch Payroll, Reckon has displayed extraordinary resilience and maintained profitability throughout the year,” said Sam Allert, Reckon Group chief executive.

“Following the events in the first half of 2018, our core strategy was to remain laser focused on business stability and bring certainty back to our customers, shareholders and staff. Not only have we achieved that, but we’ve continued to expand our product ecosystem and enter new markets to unlock revenue streams.

“In 2019, Reckon will continue to drive its independent growth strategy. We are in a stronger position than ever to capitalise on future growth opportunities, as well as move the needle of innovation forward.”

Reckon says 2018 was also a record year for the Loans connected services platform (powered by Prospa), which experienced continued growth to reach a loan milestone of $18 million in December, with the success attributed to the upward trend of businesses increasingly turning to alternative non-bank lenders to gain access to critical finance.

Reckon says it continued its investment in growth throughout the year with a development spend of $14.3 million, which made up 19% of total group revenue, consistent with the revenue split in FY17.

Performance highlights noted by Reckon include:

More in this category: « Xero seals partnerships with Uber, Adobe Square integrates with MYOB »
back to top